Most recent publication:
Crossing the Alps, a novel

"...a serious literary artist and a spokesperson with a feisty feminist conscience..."

Helen Barolini's fiction and non-fiction has created a bridge between the United States, her home land, and Italy, the ancestral land. Awarded a writing grant from the National Endowment for the Arts for her first novel, Umbertina, Barolini is the author of twelve books and many short stories and essays that have been cited in annual editions of BEST AMERICAN ESSAYS. She has received an American Book Award and other honors, has been a Resident fellow at the Rockefeller Foundation's Bellagio Center on Lake Como, and a visiting artist at the American Academy in Rome, an invited writer at Yaddo and the MacDowell colony, a writer in residence at the Mark Twain Quarry Center of Elmira College. Three of her books have appeared in translation in Italy where she has lectured as an invited American author. In 2007 she spoke on her late husband, Antonio Barolini, at a conference in Padua,Italy.

Helen Barolini was born and raised in Syracuse, NY and attended local schools. She attended Wells College,graduated magna cum laude from Syracuse University and received a Master's degree from Columbia University. She was an exchange student at the University of London where she studied contemporary English literature, and then traveled in Europe writing "Letters from Abroad" for the Syracuse Herald Journal. Following studies in Italy, she married the late Italian author and journalist Antonio Barolini.
In their married life of several moves between Italy and the United States, Helen Barolini became the English translator of Antonio's writings that were published in The New Yorker, Reporter and other American publications.
Given the intercultural themes of her work linking her American birth and education with her ancestral Italy, Helen Barolini has participated in international conferences and her work has been the subject of many student theses both here and abroad.
She has been honored by MELUS, the Hudson Valley Writers Center and other organizations for her literary work.

2003 Woman of the Year Award in Literature from Italian Welfare league, New York

2000 Chiaroscuro: Essays of Identity included in Houghton Mifflin's Notable Works of American Literary Non-Fiction in their publication Best American Essays of the Century

1984 Americans of Italian Heritage "Literature and the Arts Award"

1976 National Endowment for the Arts Grant in Creative Writing

Helen's maternal grandfather, Angelo Cardamone. He and his wife Nicoletta immigrated from Italy to Utica, NY in 1880. 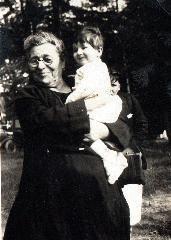 Helen and Antonio Barolini and their three daughters, Teodolinda, Susanna, and Nicoletta, while living in Rome. 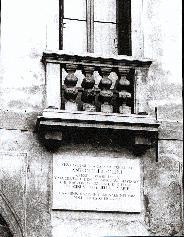 Memorial plaque at the boyhood home of author Antonio Barolini dedicated to his memory by the city of Vicenza.